The Mindless Menace of Violence (1968)

"Serenade To A Cuckoo." 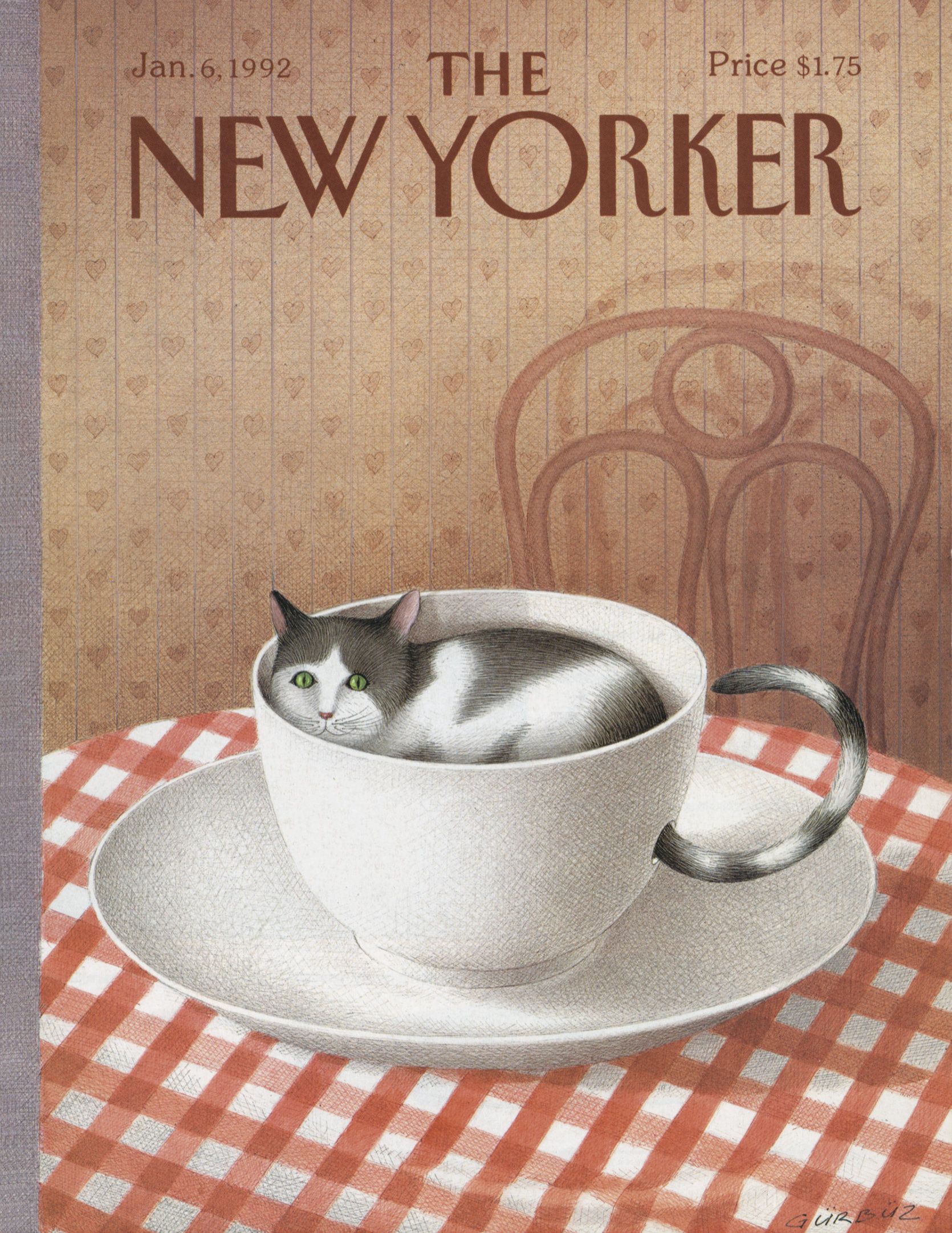 There's really no question of what jazz I'd be seeing at the start of the new year in 1992 - Betty Carter, appearing at Fat Tuesday's. Carter released her first record in 1958, and while her sound certainly grew and changed over time, it's remarkable how mature her style was - both in interpreting melodies and soloing - from the start of her recording career. I've always enjoyed Carter's melody embellishments much more than Sarah Vaughan's - Carter's mission is to communicate something about the song to her audience, while Vaughan's seems to be to simply communicate her own singing - and her solos more than those of the default "jazz" vocal soloist, Ella Fitzgerald.

By 1992, Carter had become a living legend, a bandleader (like Art Blakey) whose high standards and impeccable taste ushered a generation of tasteful and swinging musicians onto the scene as her sidemen. My guess is that the song referred to in the New Yorker listing is "The Good Life," which Carter recorded in her 1963 record 'Round Midnight and Tony Bennett recorded the same year for I Wanna Be Around... Here's Betty singing an absolutely killer version of "The Good Life" in 1989, the year after she re-recorded it for her record Look What I Got, which won a Grammy: 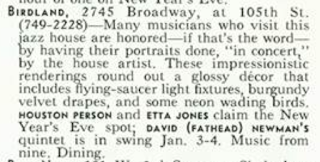 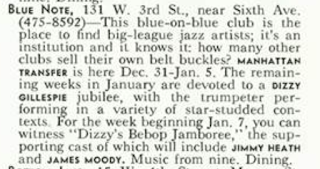 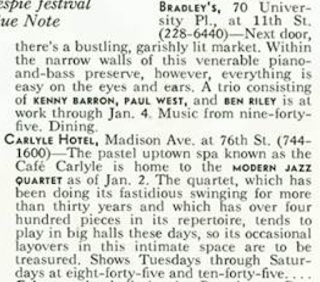 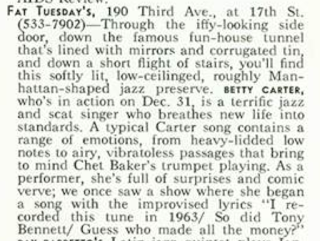 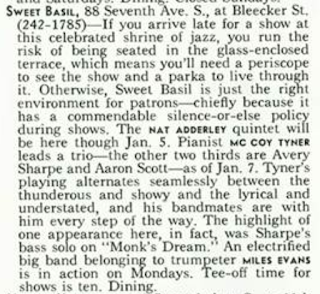 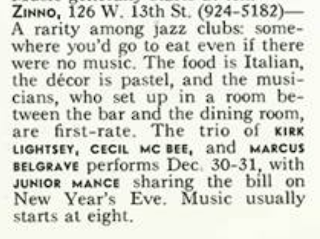 The Comics Page (for the New Year) 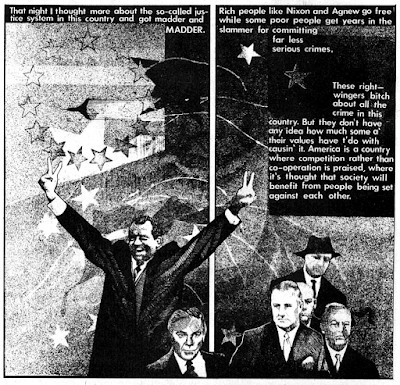 
America is a violence-loving country where people like John Wayne and even criminals like Butch Cassidy and the Sundance Kid and Bonnie and Clyde are considered heroes and heroines. America is a country where the successful man is thought to be the rich man, where honesty, diligence, outstanding scholarship and artistic achievements that bring no financial reward are looked upon with indifference. America is a country where t's considered O.K. and even clever to break the law as long as you can get away with it. Richard Nixon wasn't disgraced here because he was dishonest. People had known he was crooked for a long time; he was disgraced because he got caught. Add those factors up and it's no wonder you got a lot of people who want money and material luxuries and are willing to use illegal means, including violence, t' get them. If they're caught, they're considered losers, but if they get away with it there'll be plenty of people in this country that'll praise 'em.

January is the time for resolutions. I have a few - to spend my money wisely, to keep writing little essays for this blog, to get better at a few things and follow up on some others. But my biggest resolution is a continuation of a process I really started in earnest last year - to consciously and intentionally be a kind person, someone who will leave others feeling better than they were before we saw each other. I don't have much power in the world beyond myself, and in a year when the problems that surround us can feel oppressive and unrelenting, I think making sure that what I can control is doing good things, not mean ones, will be all the more important.

I try to keep politics off of this blog, so I'll let you draw your own conclusions from this post. But I hope that all of you have a wonderful 2018, and that we can all come together rather than being set against each other. Happy New Year!
Posted by Jonathan at 1:54 PM No comments: 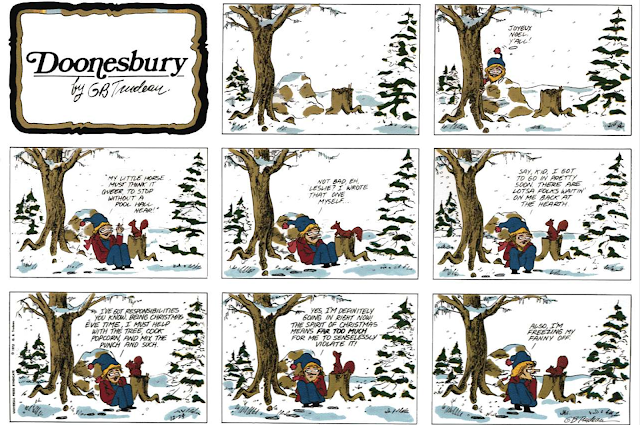 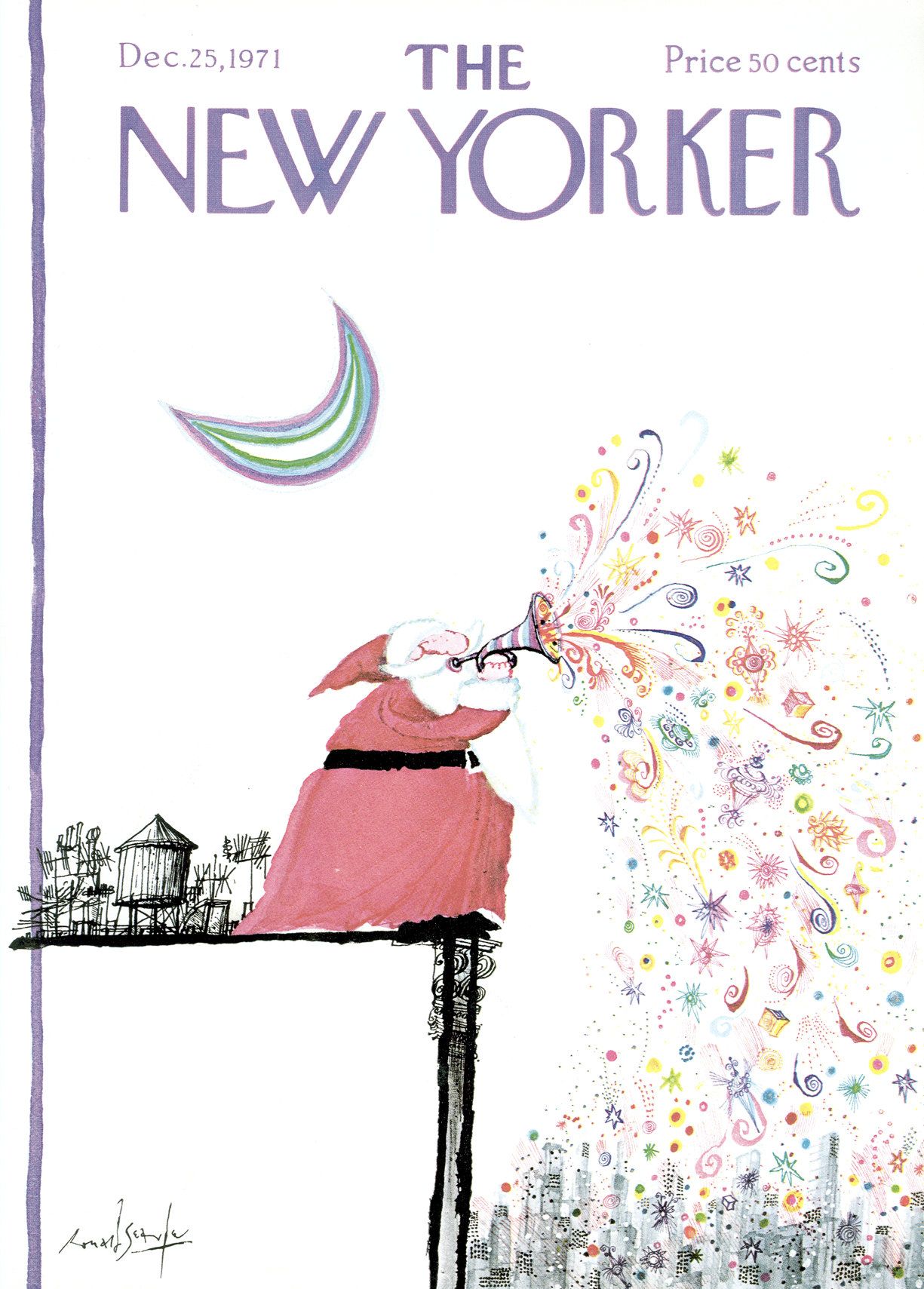 I'd be seeing Rita Da Costa with Don Pullen at Peewee's. No question. 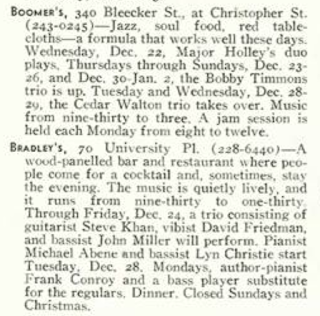 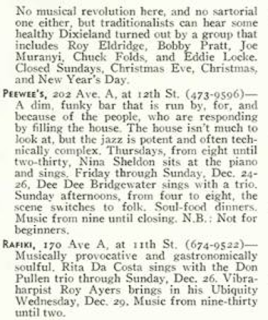 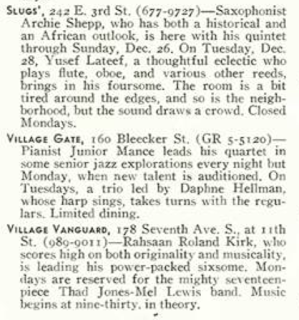 Posted by Jonathan at 8:19 AM No comments:

With the incomparable Roy Haynes on drums and Miroslav Vitous on bass. The year after Trio Music, this group's first record, was released on ECM.